We are restoring the Bratch Lock Cottage inside and out using traditional methods and breathable materials. The project will be 20 weeks from starting.

Here is some history about the Bratch Lock, It was originally built by master constructor and genius James Brindley and opened in 1772 as a three lock staircase.  Later it was re-engineered as three separate locks with 6 gates. Their operation is unusual as there are in effect double gates between the locks. There are also two bridges, a toll house, and a keeper’s cottage.

The Georgian architectural scene is not spoilt in any way with intrusive modern buildings and the historic buildings are still there and in use with no visible changes to conform to modern  standards. 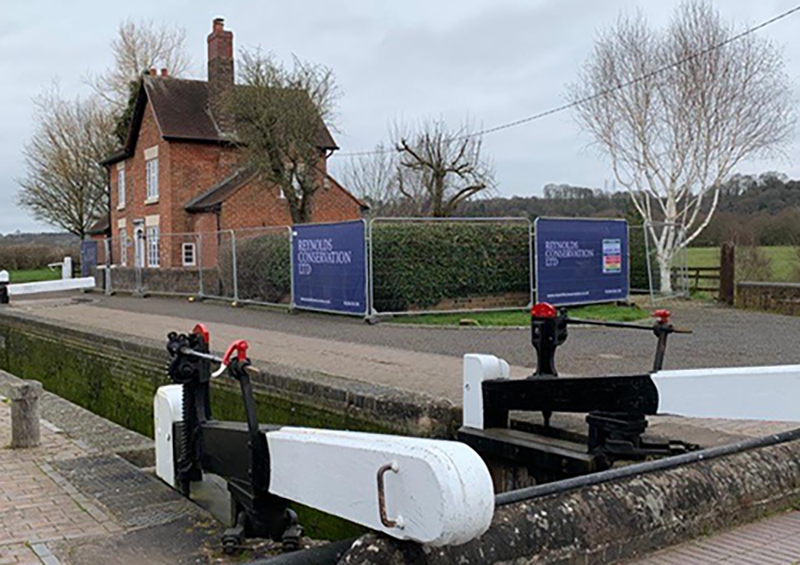