VIEW OUR PAST PROJECTS BELOW

VIEW OUR PAST PROJECTS BELOW

Stationed in Shrewsbury town centre, stands 15/16 Mardol. The building is early 13th century. Since the early 1990s, Architects have commissioned many phases of work to conserve and consolidate the original fabric. In September 2016 we started the work to help conserve the building. We rebuilt one gable end by using air dryed oak and oak pelleted the oak timber. The pannels had lead trays fitted. They were also fitted with woolwood boards and lime rendered. The second floor had a full rewire as well as a new kitchen and bathroom fitted. The outside of the building had a full makeover putting it back to it's former glory. We also supplied and fitted a new solid oak back door. All in all this project took us 20 weeks to complete.

"Reynolds Conservation Ltd are currently working under our direction at 15/16 Mardol, Shrewsbury. Work included the replacement of a number of rotten oak beams and new lime plaster infill panels due to localised dry rot. Reynolds Conservation Ltd demonstrated a high level of competency in the detail of their joinery work on both the new oak beams and rails, and in the construction of a new oak brace, an element of the design suggested by Reynolds themselves. In some areas the existing lead work proved to be crude and of poor design, Reynolds Conservation Ltd showed considerable skills and ingenuity in replacing the leadwork to in a more functional manner. We found them approachable, enthusiastic about their work and committed to achieving a good result." - Arrol & Snell Ltd 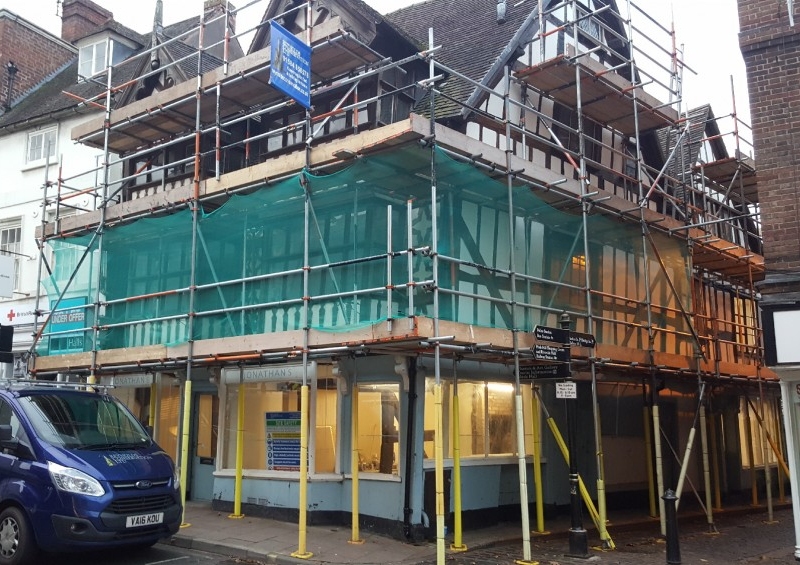 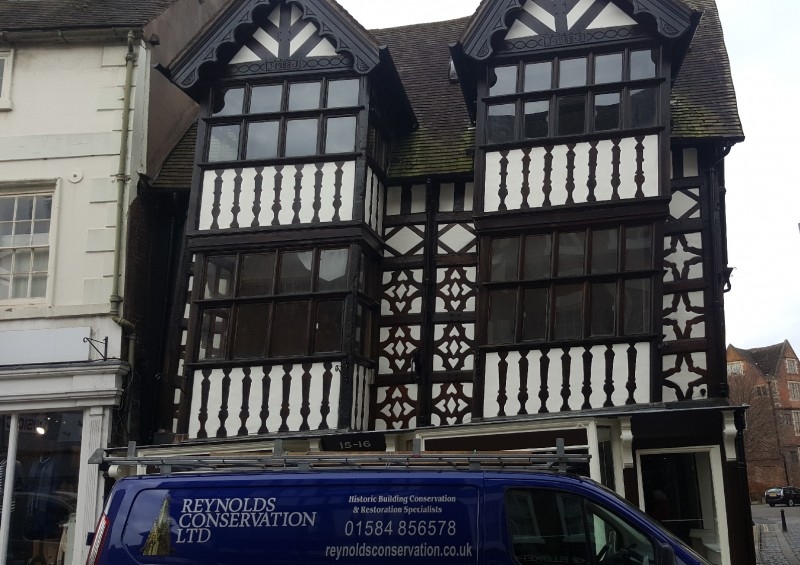 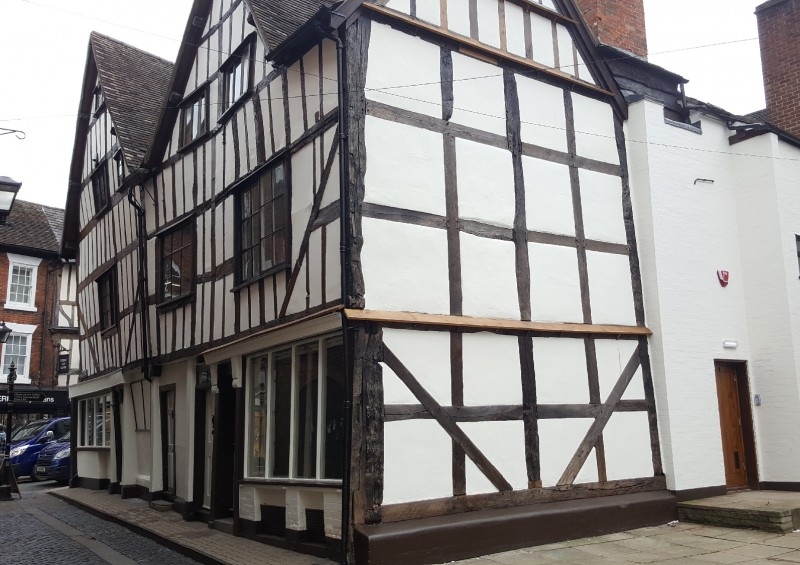 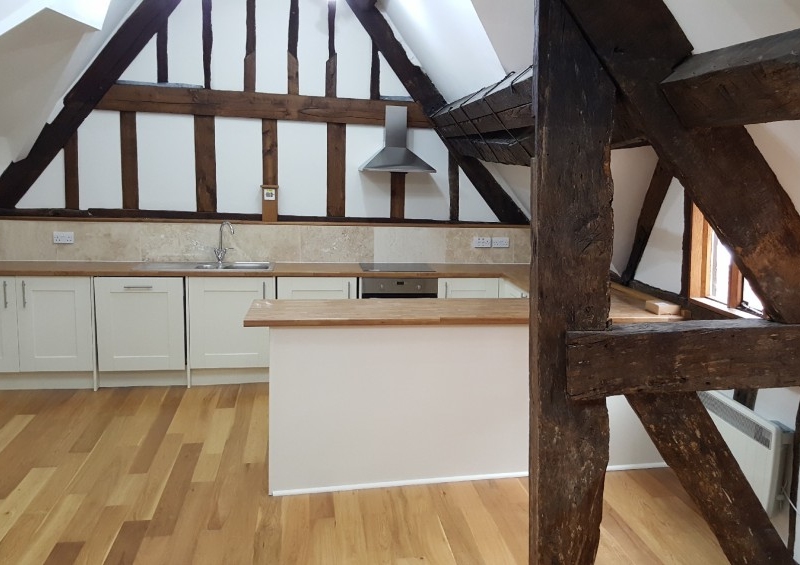